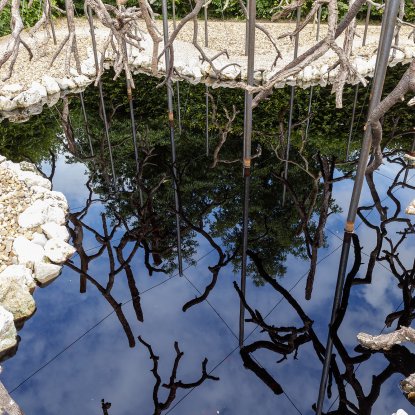 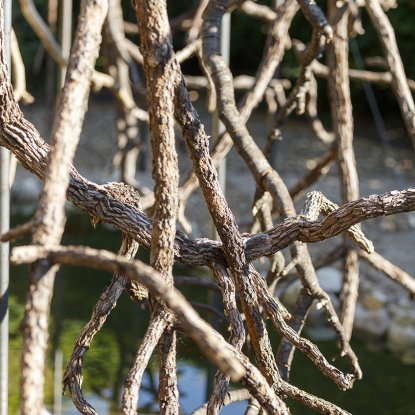 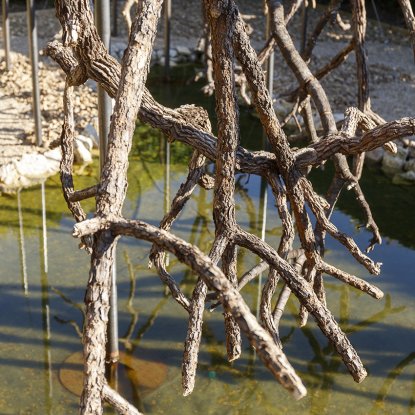 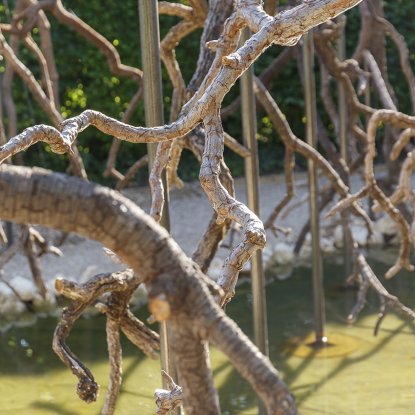 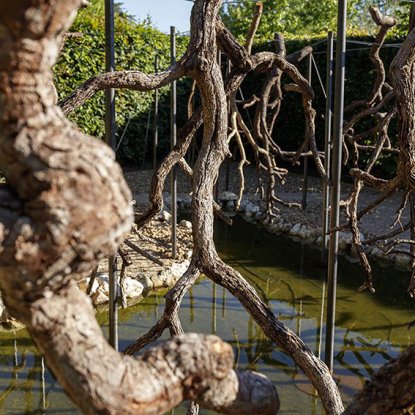 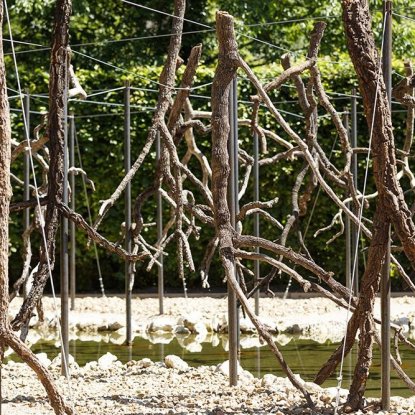 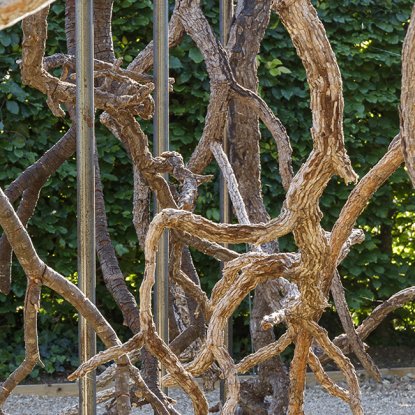 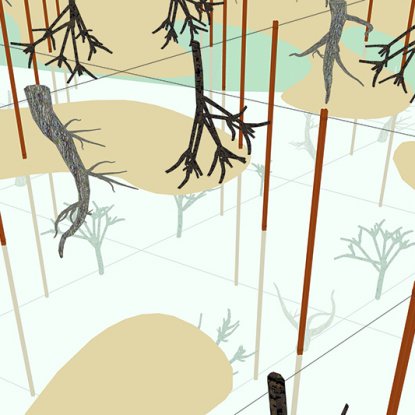 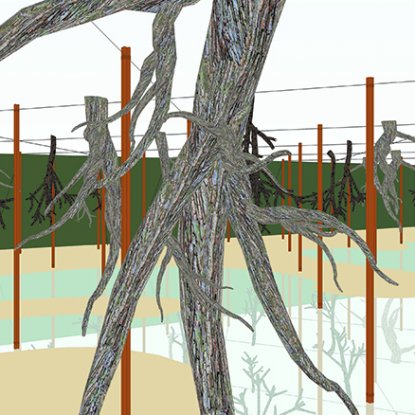 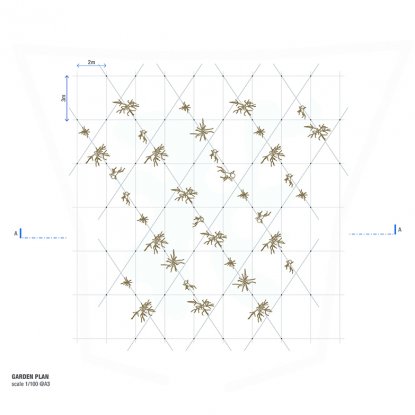 Our proposal for the Festival International des Jardins Chaumont-sur-le-Loire, whose 2020 theme is “Return to Mother Earth”, takes the destruction of the Cerrado as a project motto. The Festival is “the world laboratory in the field of gardens and contemporary landscape creation”, and takes place annually on the premises of a castle built 500 years ago in the Loire Valley, a region in the interior of France listed by UNESCO and known for its magnificent Renaissance castles.

Paysage de Feu is an arrangement of pruned branches and burned logs collected in a protected area at the foot of the Serra da Moeda, a place very close to our Casa no Cerrado. The project exposes the branches in line, like slaughtered animals hanging in a refrigerator, and functions as a “posthumous botanical garden” of species found in the states of Minas Gerais, Goiás and Bahia. In principle, it is a dead garden made of plants exposed upside down.

In addition to this reference, another connotation of the garden is that the Cerrado is a biome of trees with roots much larger than the branches. They are plants adapted to drier regions, capable of reaching very low water tables and, therefore, plants that are more terrestrial than aerial. Organs without eyes and ears that explore an underground world without sun and without movement, the roots make trees amphibious beings, linking the earth to the air, living in a cryptic world and nourishing the leaves that seek light. “The roots are not what they were believed to be, but they express and embody one of the most striking characteristics of plant existence: ambiguity, hybridity, amphibious and double character. (…) It is, in fact, through the root system that a plant obtains most of the information about its state and the environment in which it is immersed; it is also through its roots that it comes into contact with other neighboring individuals and collectively manages the risks and difficulties of underground life. The roots make the soil and the underground world a space for spiritual communication. ” (Emanuele Coccia, 2016). It is precisely in the depths of the acid and useless soil of the Cerrado that they find life where no other organism can, transforming everything they touch into energy and food.