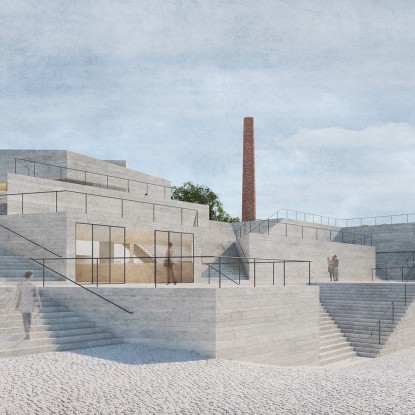 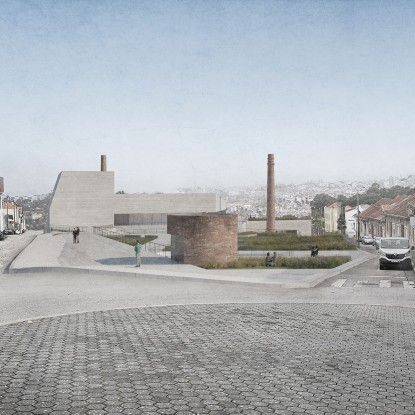 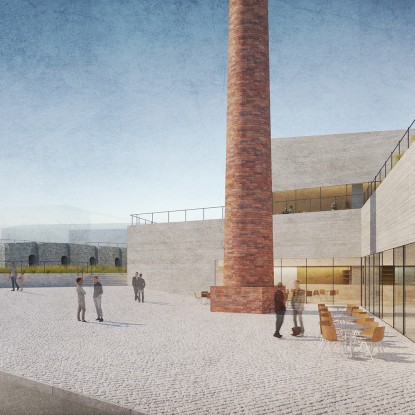 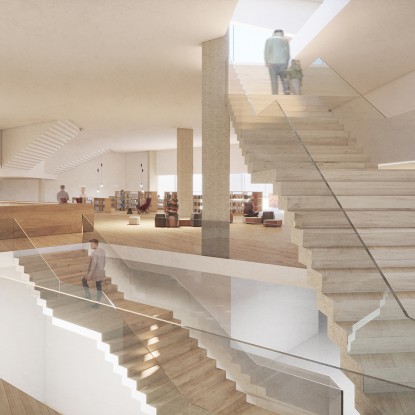 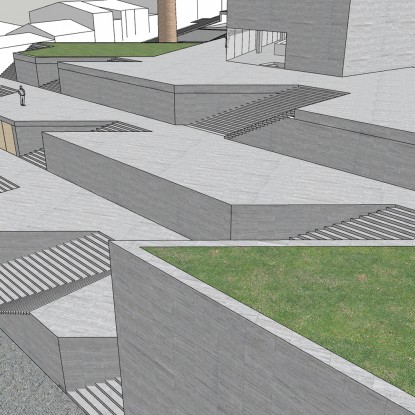 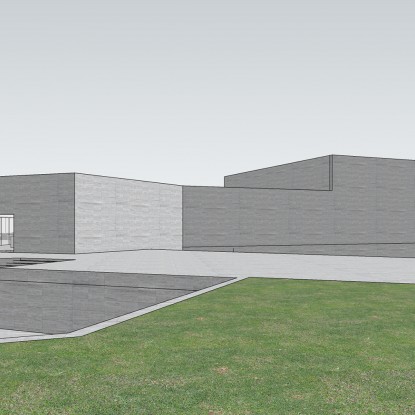 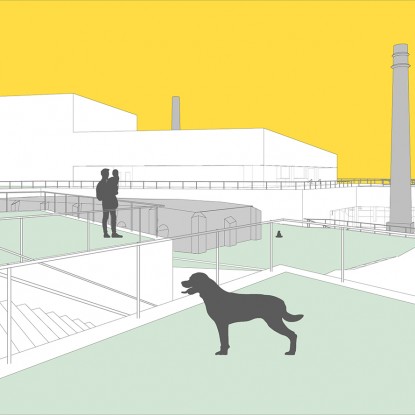 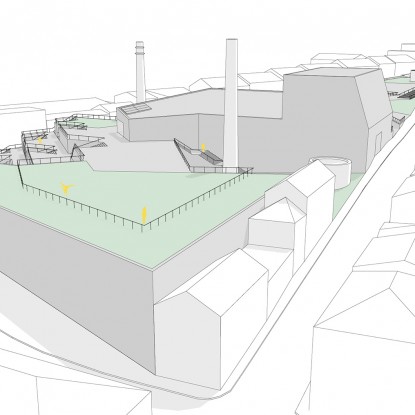 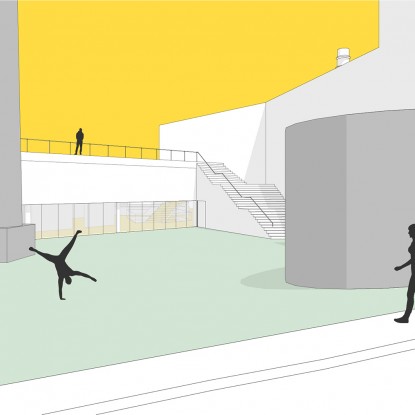 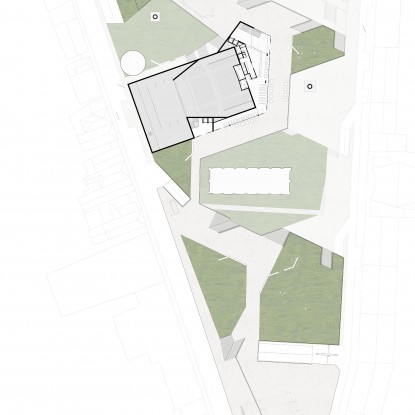 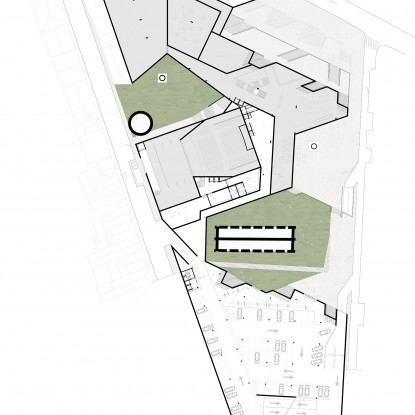 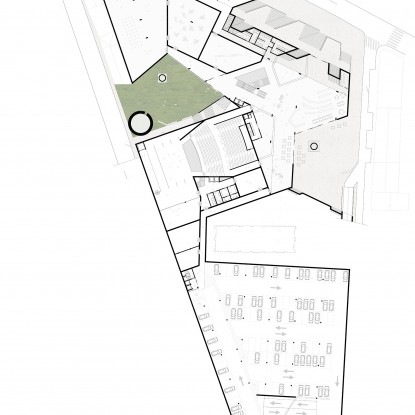 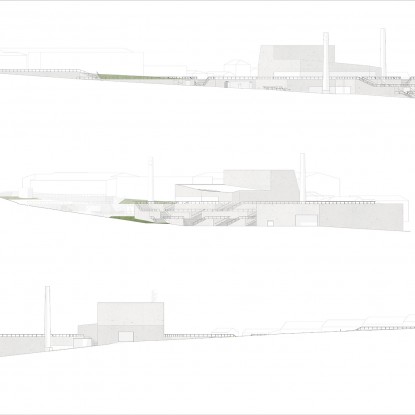 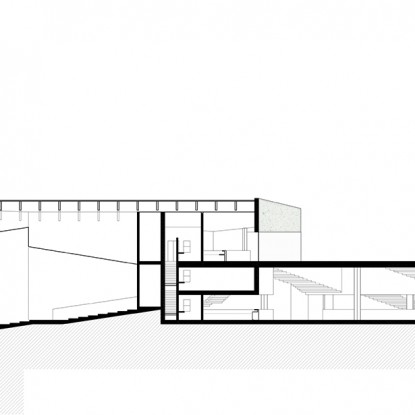 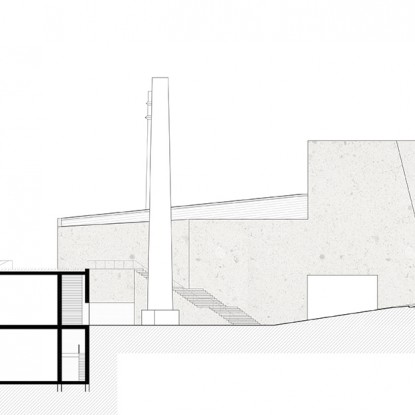 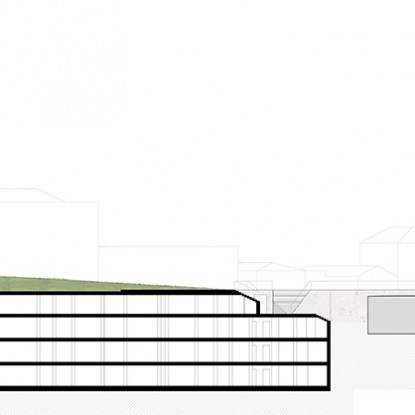 Gaia Environment Museum is a proposal for an architeture competition set in Gaia, Porto, Portugal. Its start point generates a sequence of spaces that wind through the land of the former Fábrica das Devesas, enveloping and framing the factory pre-existences. Thus, as the building develops across the land from the lowest to the highest level, it creates several squares which main element are those pre-existing ones: the two chimneys, the French oven and the circular oven.

If the design of the Museum starts from the presence of factory elements, it is also a game of solids and voids where the voids are the access squares that value the public entrances, always structured and marked by those pre-existing ones.

We can summarize the project as a building that lets itself be shaped by topography and history, its unusual design being less of a formal whim and more of an affirmation of the relationship with the archaeological heritage and the ground