“My first impression upon seeing the Indian stepwells was this: they look like a reverie of inverted steps and levels, a descent into the depths of the desert every bit as disconcerting as a plunge into the abyss. Rendered all the starker by the play of light and shade, these flights of steps form an architectonic mantra of stunning visual effect, endowing the stairways with a vertiginous rhythm, repeating a pattern that boggles for its scale and multiplication, as if reproduced ad infinitum in a hall of mirrors. 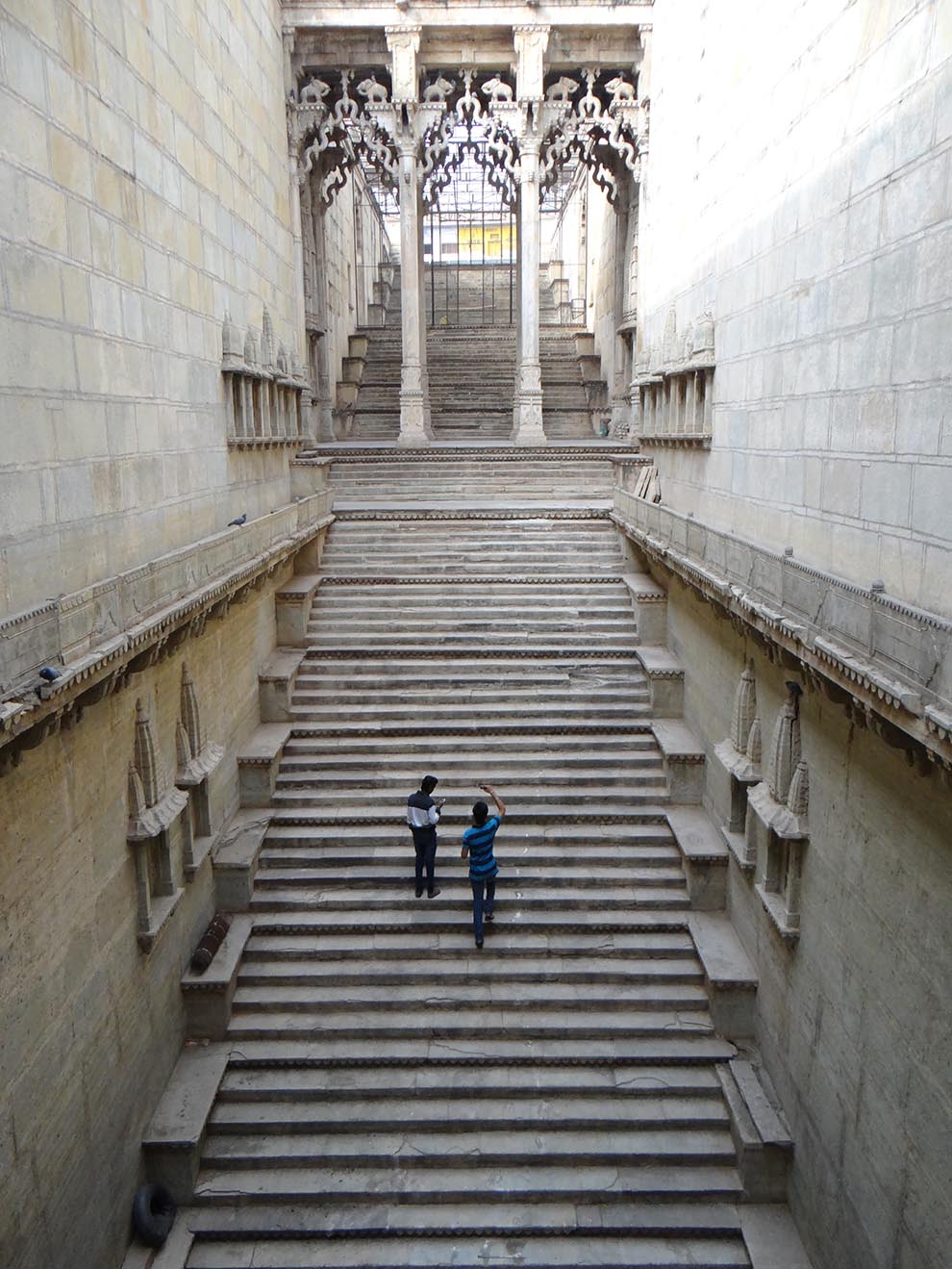 “How do these endless stairways serve a function at once so practical and poetic? How can such sublime constructions be so unknown, even in India? Why is it the ingenuity that blended use and fantasy this seamlessly is hardly ever seen in our modern-day constructions? Imagine how wonderful it would be if, as in this example from a time and space so remote, our techniques for the use and storage of water were to be reinvented in such a way as restored our rapport with water and the city’s rivers.

In the history of architecture, cases in which form and function have walked hand-in-glove, indissolubly plaited into an indisputable symbiosis, are rare and worthy of recognition as masterworks. The cisterns in the Indian states of Rajasthan and Gujarat are admirably ingenious infrastructures that marry necessity with the ritualistic and political. I say necessity, because they were built in the most drought-plagued states of the nation; ritualistic, because water is key to Islamic and Hindu cerimonies; and political, because access to water brought power and prestige to those able to build public cisterns and reservoirs. 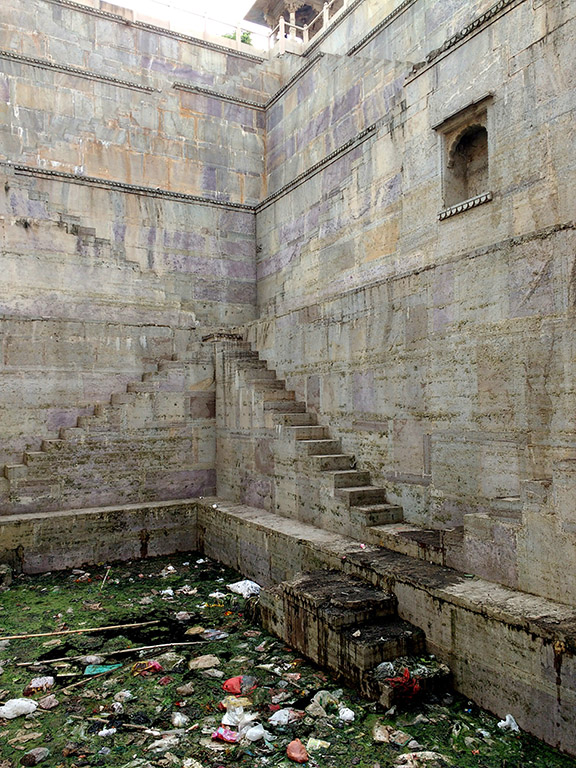 Islam has always been associated with water. Every mosque has an ablution fountain in the middle of the courtyard for ritual purification of feet, hands and face before prayer; water for cleansing and cooling in hot climates. Hinduism is another religion essentially practiced in the presence of water, an agent of purification revered in the stairways that crisscross not only the cistern walls, but also lakeshores, riverbanks and reservoirs. Benares (or Varanasi) is India’s most sacred city and its epicentre are the hundred or so ghats on the banks of the Ganges, steps down to the river whose waters, for the Hindus, are amrit itself, the elixir of life. It might not be much of a stretch to say that waterside steps are the architectonic element par excellence of Hindu architecture.

The work of benefactors and patrons of the arts, the cisterns, which served as a social venue, temple and meeting place for women in a society still divided along gender lines, were, perhaps hardly surprisingly, often built by women (princesses, queens, the wives of rich merchants) for women. Coincidentally, the three main publications on the theme currently in print were written by women. 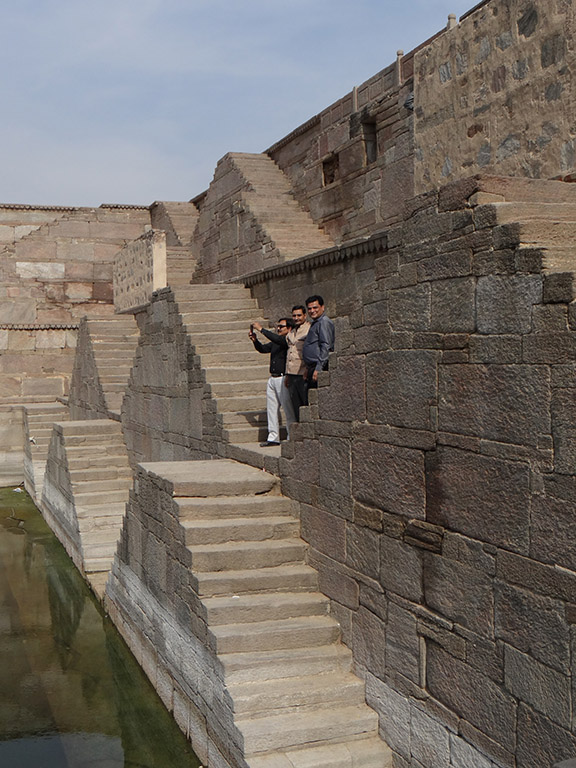 However one looks at it, the sparsity of information available on these constructions is astounding. The 1000-page classic History of Indian and Eastern Architecture musters only half a page on the cisterns, without a single picture. Few of the Indian tourist guides that accompanied me on my trip knew of these water temples, and only three of them are mentioned, and only briefly, in the 1,200-page Rough Guide to India.

In Gujarat, there were once thousands of these cisterns, many of which were landfilled by the British or otherwise forgotten. However, thanks to the Archeology Survey of India, today many of these cisterns are remarkably well-preserved and continue to supply water during the nine-month dry season, when not a drop of rain falls throughout the region. 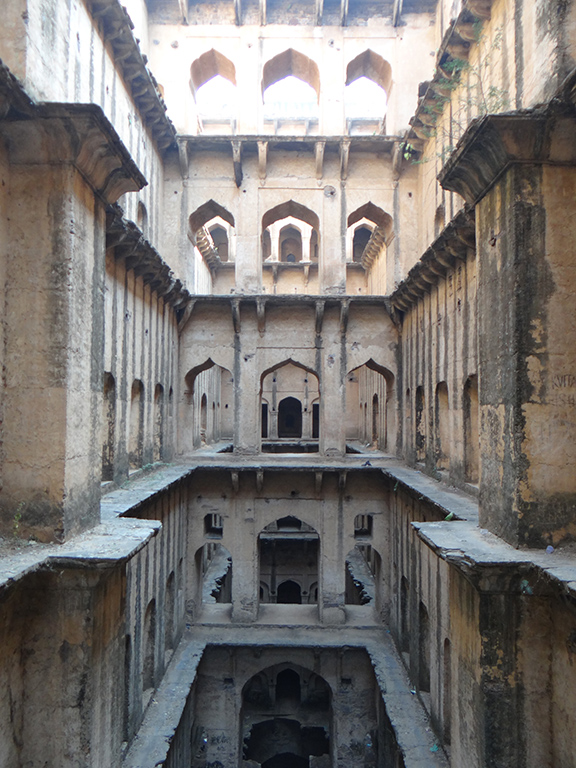 Here, in the limbo of a distant country’s history, we can clearly see the magnitude of the mistake of taking our natural resources for granted. In Brazil, a nation that has historically treated its waters and rivers with engrained irresponsibility, this hymn to India’s desert cisterns serves to underscore the obvious importance of properly managing a resource that is only now showing the first worrying signs of shortage.”